A Persian rug is one that is produced in Iran and the surrounding areas that once comprised the Persian empire.  Stretching from China to Turkey, the Persian Empire was one of the mightiest in the history of civilisation, and perhaps the most commonly appreciated export of that era is the ubiquitous ‘Persian Rug’.  Some people consider a Persian Rug to be from Iran only (the epicentre of what was once the Persian empire), and rugs from other areas in ex-Persian empire countries such as Afghanistan, Turkey Pakistan or India to be ‘Oriental Rugs’

Persian rugs are highly sought after for their beauty, craftsmanship and durability.  A genuine Persian Rug of the highest quality can command a price tag in the millions of dollars.

Also known as Persian Carpets, these historically significant works of art are made for commercial and residential uses, and also for cultural symbolism.

Usually a Persian Rug is understood to refer to pile-woven textiles, however flat weave Kilim and Soumak rugs, and embroidered Suzani carpets are also threads of the dare we say it, ‘rich tapestry’ of Persian rug making.

The earliest roots of the ancient art of Persian carpet weaving can be traced back to 400BC, when classic Greek author Xenophon describes them as precious works of art worthy of use as diplomatic gifts.

Most Persian rugs use a pile of sheep’s wool with cotton warps and wefts tensioning the foundation of the rug.  Warps are strong thick threads which run the length of the rug.  Wefts pass under and over the warps from each side of the rug.   Sometimes silk is used for warps and in pile, either to highlight elements of design or as the entirety of the pile material, which is most commonly seen in wall hangings.

Weaving a pile rug is an enormously time-consuming and skilled process which can take anywhere from a few months to several years depending on the size and quality of the rug.  A commonly used indication of the quality of a rug is its knot count per square inch.  On average Persian Rugs range from about 30 to 300 knots per square inch.

For more information about Persian Rugs and what to look for when buying them feel free to get in touch with West End Co.’s Daniel Axiak by clicking here. 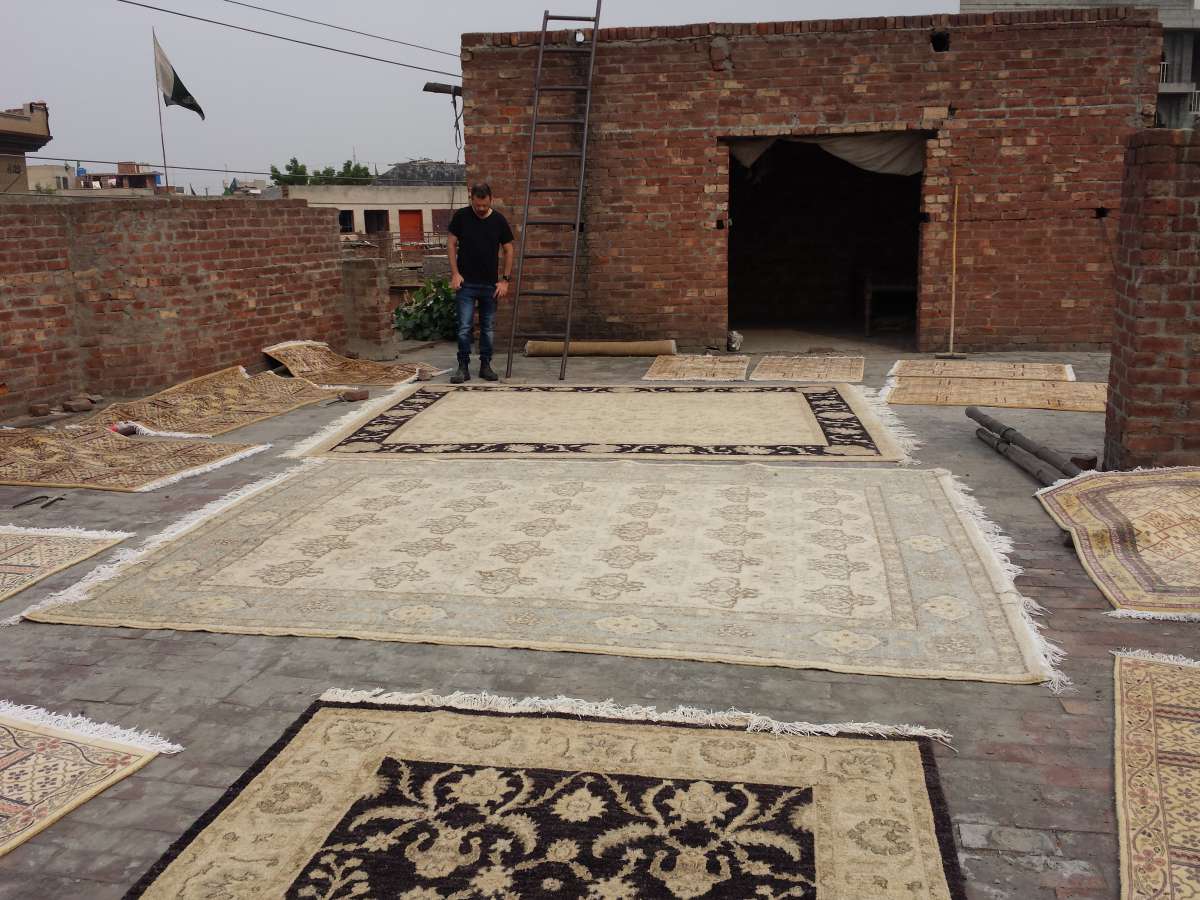 What are Transitional rugs?

This error message is only visible to WordPress admins